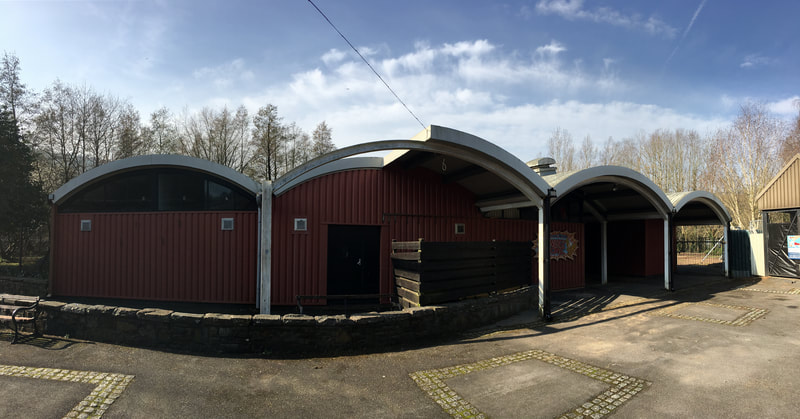 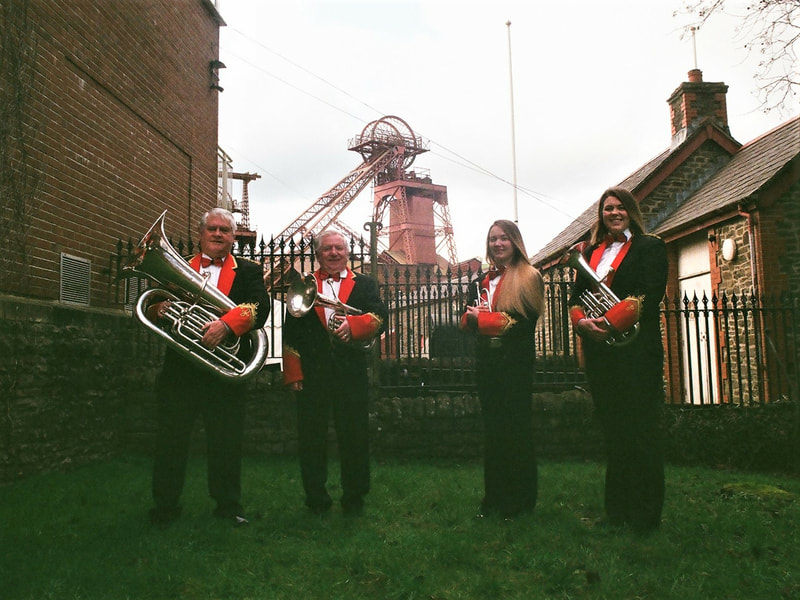 ​At present, no single archive exists of the history of Lewis Merthyr Band, or music in Rhondda Cynon Taf. There is also no tourist attraction dedicated to music in Rhondda, which has been the home base of so many iconic musical organisations for over 150 years, and the birthplace of John Hughes' iconic "Cwm Rhondda" (composed in Trehopcyn in 1905) and the Welsh national anthem, "Hen Wlad Fy Nhadau" (composed by Evan James & James James in Pontypridd in 1856).

It is the desire of the Lewis Merthyr Band to see a Rhondda Music Museum established at the former Lewis Merthyr Colliery, now "The Welsh Mining Experience - Rhondda Heritage Park". It is proposed that the band relocate our rehearsal base, from the current bandroom (site of the former Cymmer Colliery offices) and take up residence at the Heritage Park, the rehearsal space then forming a "living" centrepiece exhibit of this new focal point for music and cultural heritage and tourism in Rhondda Cynon Taf.

It is proposed that the former "Energy Zone" buildings be adapted to become the Music Museum exhibition and rehearsal space. This space could also feature the adapted "bandstand" exhibition from the 2008 "Life Divine" Parc & Dare Band heritage project, which has remained in storage in the basement of the Park & Dare Theatre for more than a decade now. It is proposed that newly created panels, dedicated, not just to Lewis Merthyr, but to all the various musical groups based in Rhondda Cynon Taf (Cory Band, Treorchy Male Choir, Pendyrus Male Choir, etc) be created and that the revised exhibition also contain new interactive and audio visual facilities featuring recordings and video of Lewis Merthyr and additional groups, which can then be added to and revised over the course of time.

It is envisaged that this new Rhondda Music Museum will become a central tourist attraction for visitors to the region with an interest in music, the arts and cultural heritage of the area, and an enhanced addition to the current Rhondda Heritage Park visitor experience. It is further aspired that the centre will become the centrepiece of a cultural "tourist trail", signposting visitors to additional related sites in Rhondda Cynon Taf, these to include:

It is anticipated that the above "cultural tour" trail would encourage considerable increased and transferable footfall with these venues, and that this route will be promoted in both hard copy and online as part of an enduring legacy of this project. Wider discussions have also taken place with Insole Court, Llandaff (mansion of the former Cymmer Colliery owners) and Cyfartha Castle, Merthyr Tydfil (home of the first British style brass band) to host smaller exhibits, linked to the main exhibition at Rhondda Heritage Park, promoting mutual tourist traffic between the three centres.
​

The following map details a skeleton draft of the potential RCT music related tourist trails. Detailed therein are the Principal Points of Interest identified above, related sites (Insole Court and Cyfartha Castle), additional performance venues and RCT music group rehearsal bases. Click on the menu icon in the top left of the map for further detail.
​The map, layers, tourist trails and accompanying literature will be developed in greater depth as the project progresses

The current "Energy Zone" building is split into two 6m x 6m spaces, both of which are currently disused, in a state of disrepair and closed to the public. Removal of an internal wall (depicted in yellow above) would create a 12m x 6m space which the band will use as a rehearsal space, two evenings per week, with the same space being open to the public, together with the rest of the park, as a permanent exhibition space during weekday daytimes.

In the short term, it is proposed that the walls of this space will be adorned with historic and current photographs of the band, as well as historical instruments (including some period instruments owned by the band, and the liveried bass drum donated to Rhondda Heritage Park c.2000). If possible the "bandstand" exhibit, currently in storage at the Park & Dare Theatre, would also be re-purposed and adapted to be added to, and further enhance, this space.

Long term, it is proposed that the band, in conjunction with RCTCBC, will apply for a Heritage Lottery grant to enhance the visitor facility and experience, to include new audio visual panels, incorporating audio and video footage of both the band and other musical groups from across Rhondda Cynon Taf, plus a central projection unit, where vistors can be seated in the rehearsal space and view a selection of short films outlining the history of music in Rhondda Cynon Taf, to be created as part of the Heritage Project.

The above concept is based on the highly successful visitor experience at the Palau de la Musica Catalana, Barcelona, where the rehearsal space of the amateur choir based at the Palau is the centrepiece of the visitor experience, undertaken ahead of the main tour of the adjoining concert hall. For further information, visit www.barcelona-tourist-guide.com/en/music/palau-de-la-musica

Below can be found examples of existing footage featuring Lewis Merthyr Band, which can be included in the exhibition. This footage includes a film of the band performing at the Rhondda Heritage Park with Sir Bryn Terfel, video from various concert performances, including at the National Eisteddfod of Wales in the Wales Millennium Centre, and historic Pathe newsreel of the band parading for Edward Prince of Wales (later King Edward VIII) in 1927. Additional historical and new footage of both the band and other musical groups will also be included as part of the interactive facility at the new centre

Access
The band requires access to the facility just twice a week, on Monday & Wednesday evenings. Access will be undertaken via the northern side gate, adjacent to the Heritage Park Hotel entrance, and therefore no access to any other Heritage Park building or facility will be required by the band.

Youth Music Centre
The band is already in discussions with the Arts Council of Wales to re-establish a much needed Youth brass & percussion programme for the region at the new facility. These sessions will be undertaken on rehearsal evenings, outside the park's main opening hours, prior to the band's main rehearsal sessions. A formal Child Protection policy, DBS clearances, instruments required and links with local schools are already in place.

Live Performances
As part of Lewis Merthyr's new residency at the park, the band would be happy to offer a series of "Band In The Park" ensemble performances on summer weekends throughout peak season, in order to attract additional visitors, particularly to the children's play area and new cafe facilities, and to enhance the general visitor offer at the attraction. The feasibility of additional larger scale performances, as have been undertaken in the past in conjunction with the Friends of Rhondda Heritage Park, will also be examined.

It is proposed that the conversion of the space take place in a series of phases, as follows

I) Clearance
The current contents of the building need to be removed, other than some internal storage shelving, lighting and heating systems, plus the internal hatches and projection unit which are requested to be retained. The current commercial kitchen and large sink units are to be removed, and RCT have made enquiries with a salvage company to achieve this. In terms of the external extraction system currently in place, if this is to be removed as part of the salvage process, it is essential that the company "make good" on the integrity of the external canopy.

II) Modification
The internal walls and doors identified on the plan above require removal. This is essential for the rehearsal / exhibition space to be fit for rehearsal and exhibition purpose. In conjunction with the removal of the wall, the interior of the external walls require insulating and recovering. A supplier has been identified for this aspect. All interior walls will also require painting and, in some cases, possibly replastering. The internal ceiling also require assessment, insulating and renewal. Again a potential supplier has been identified for this purpose.

IV) Move
It is anticipated that, in the short term, after the above are achieved, the band can then move existing equipment and exhibition materials into the space, creating a short term visitor attraction and functioning rehearsal base.

V) Enhancement
Finally, the bid to Heritage Lottery can be completed in full and a timeline then set out for the transformation of the space into the enhanced visitor attraction. Fresh material will need to be filmed and recorded for this purpose, and the additional aspects of the wider Heritage Project completed.

Discussions and advanced planning having been undertaken over some months now, it is anticipated that the project can be executed in the following timeline:

I) Clearance - by end April
Subject to RCT's own timescales, it is envisaged that the salvage clearance could potentially be undertaken by end April.

II & III) Modification / Utilities - May to July
Again subject to RCT's own timescales, the internal walls requiring removal could be undertaken in early May. Additional modifications and redecoration could then be undertaken in the three month period between May and end July. The support of RCT Together is key to this aspect of the project

IV) Move - August
It is anticipated that, in the short term, after the above are achieved, the band can move the existing equipment and exhibition materials into the space, creating the short term visitor attraction and functioning rehearsal base. In conjunction with this, the band would be happy to offer "Band In The Park" events on set weekend dates throughout August, with the band's symphonic brass ensemble performing in the area between the two engine houses, or at the children's playpark, with a view to drawing attention to the new residency, the playpark and new cafe / chocolate house facilities.

V) Enhancement
Work on the bid to Heritage Lottery has begun and could be completed in full, in conjunction with Heritage Park staff, by end August. A timeline can then be set out for the transformation of the space into the enhanced visitor attraction. It is anticipated that, subject to HLF funding being approved, the second phase of this project could be completed through winter 2019, ready for opening in the 2020 Spring / Summer season

Additional information on the wider Heritage Project, including a book and exhibition centred on the history of the band, accompanying oral history, audio visual materials and merchandise, can be found in the Heritage Project section of this site here 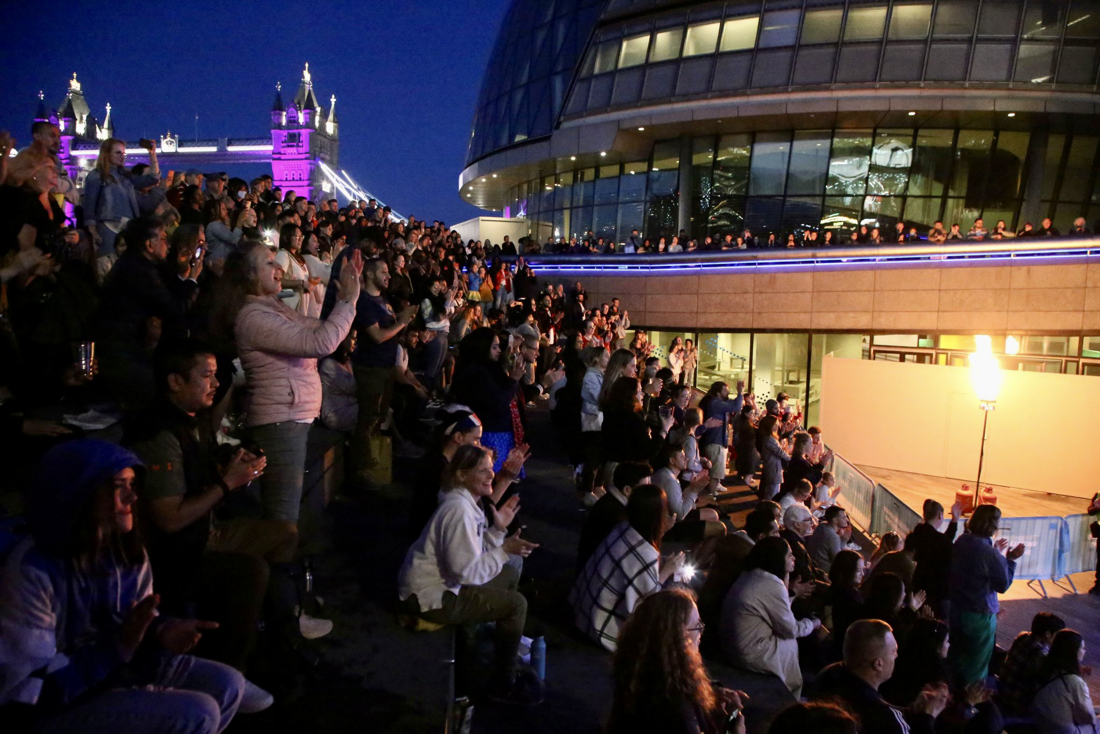 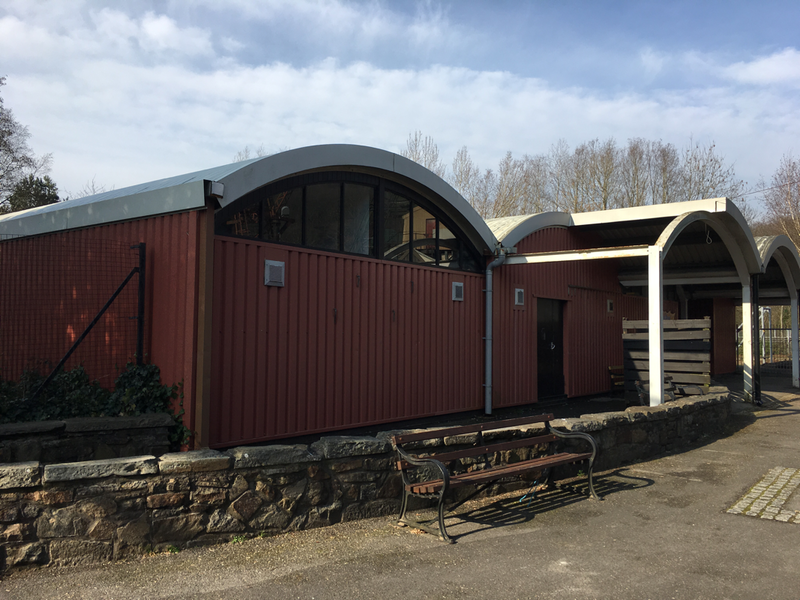 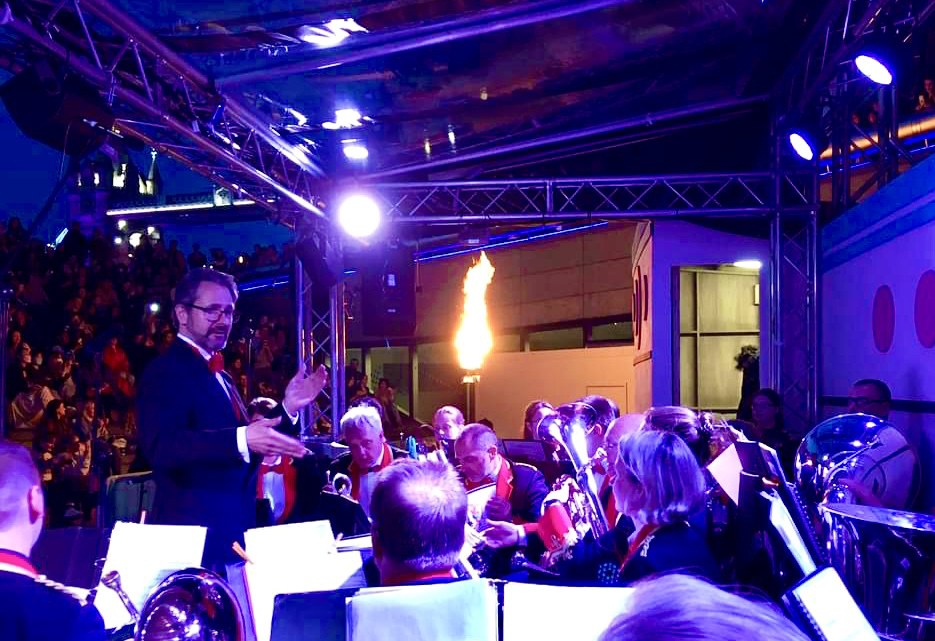 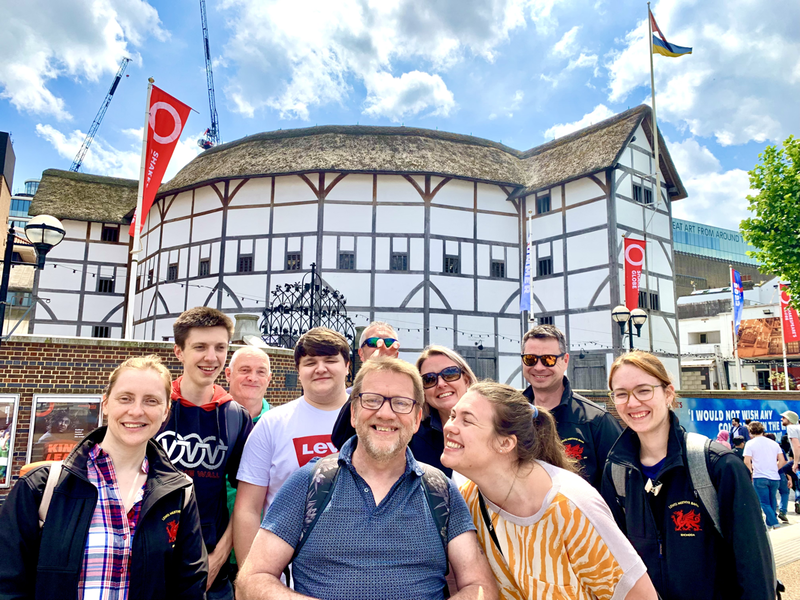 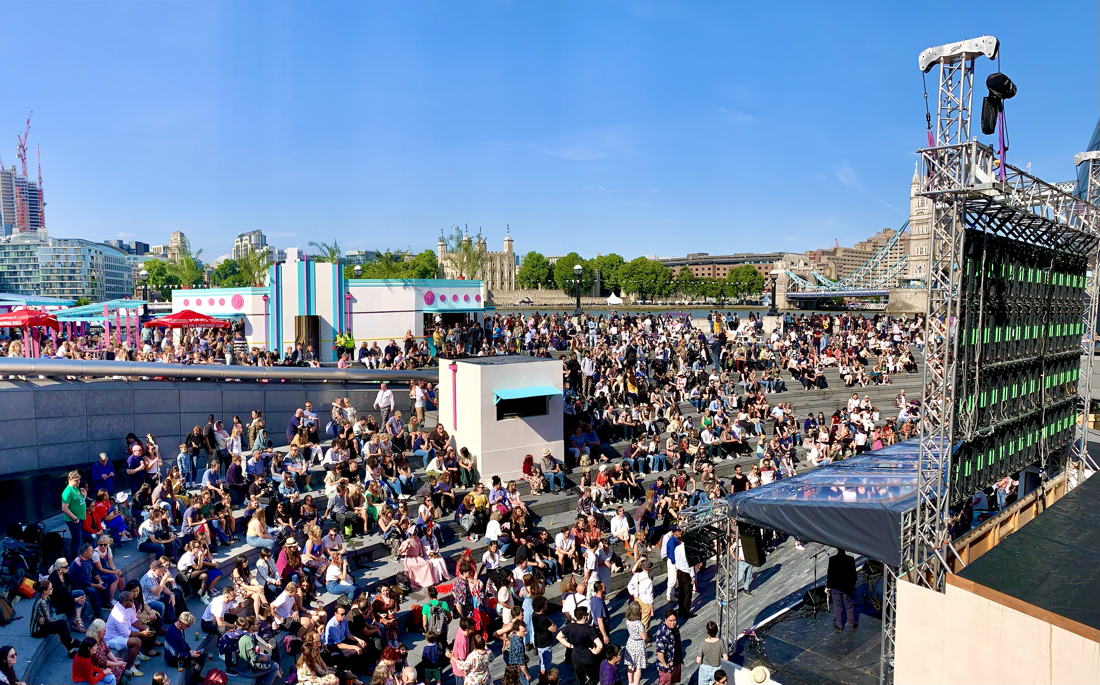 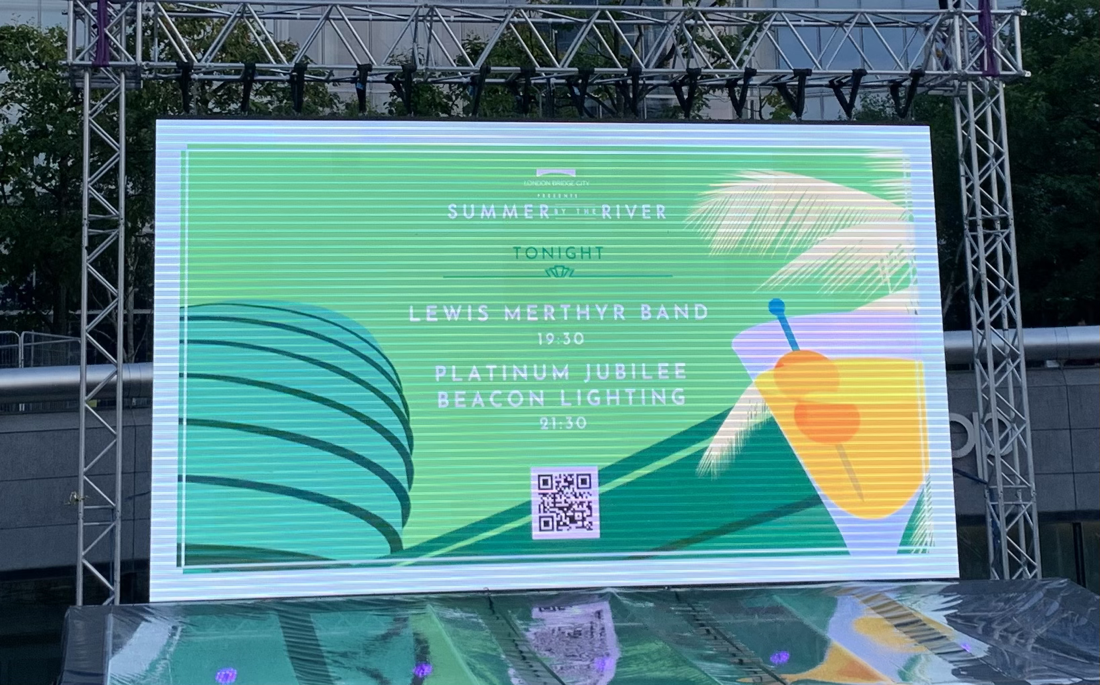 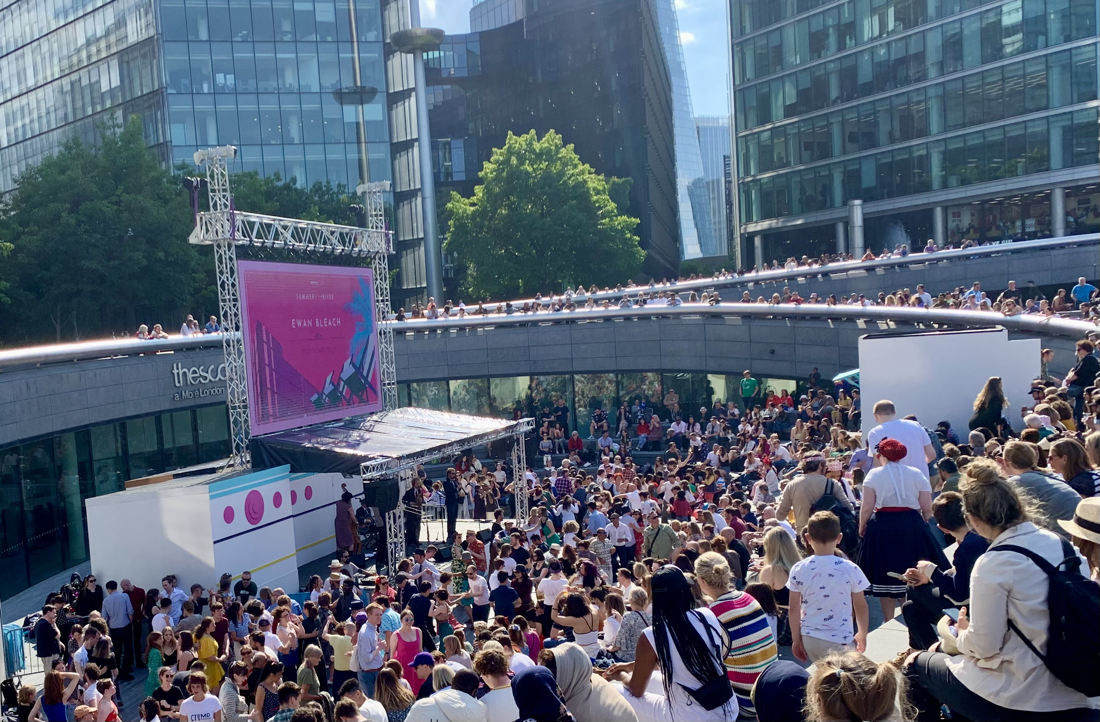 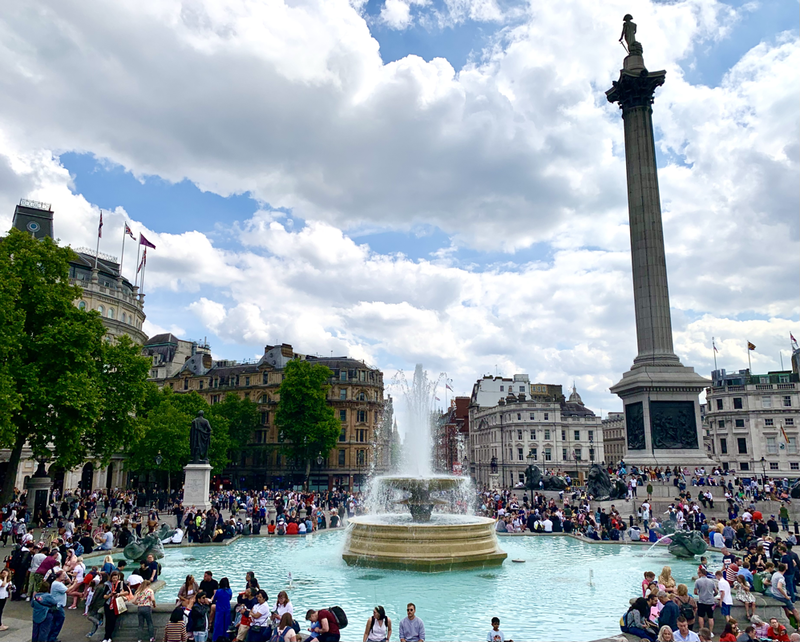 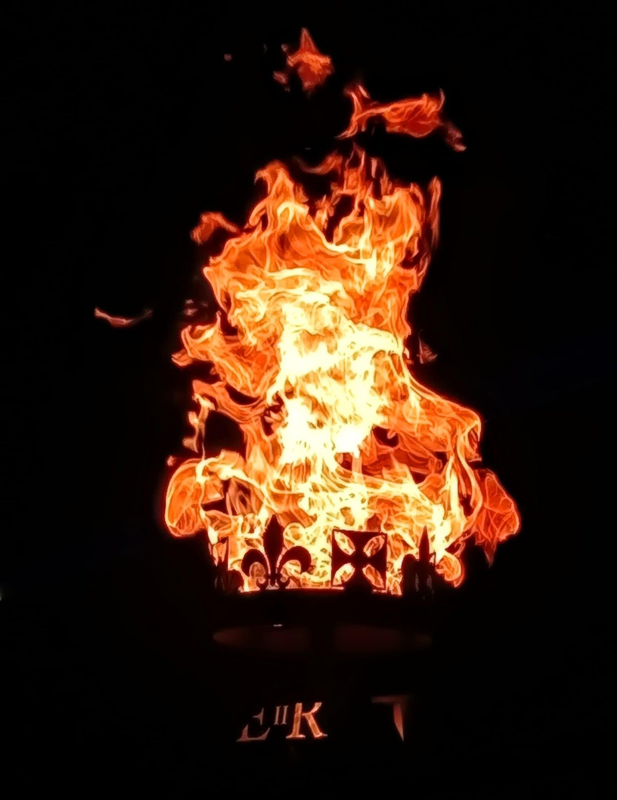 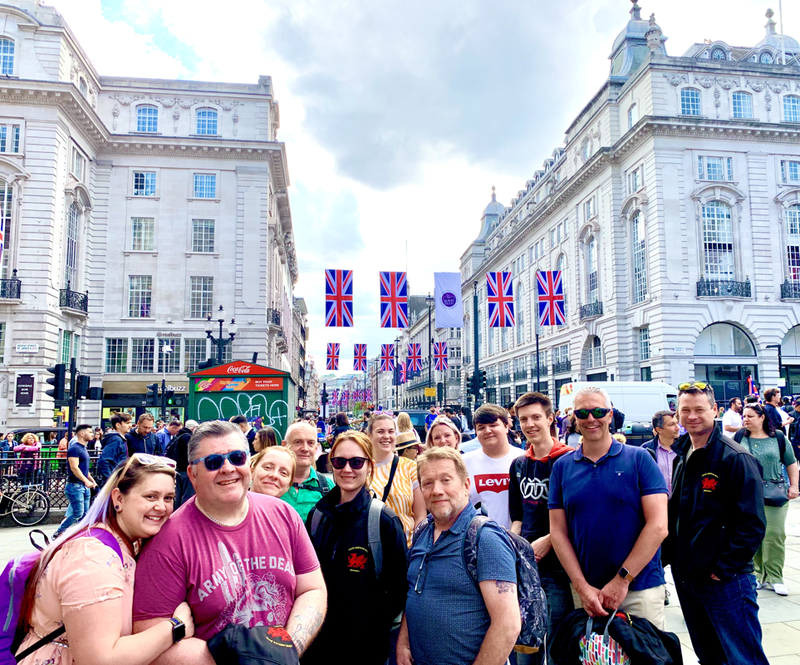 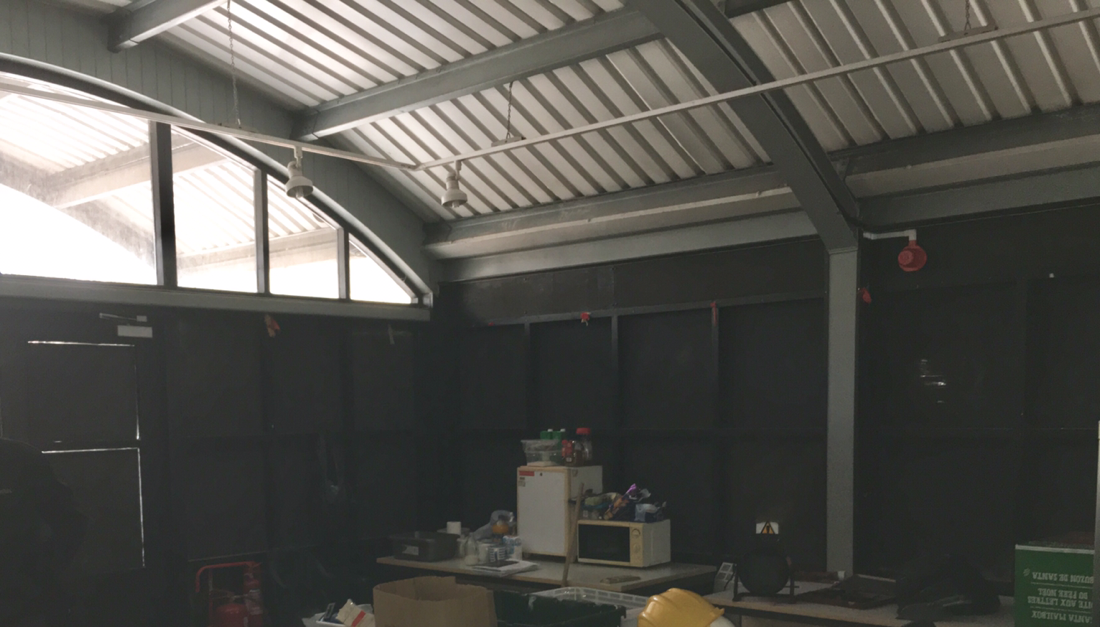 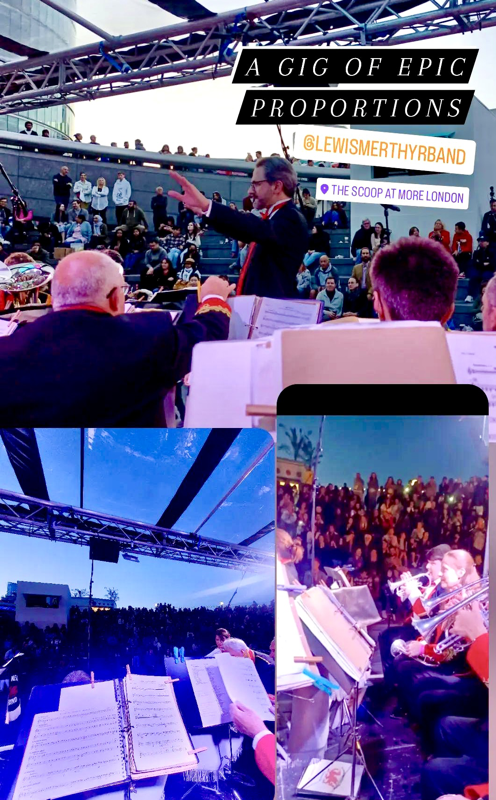 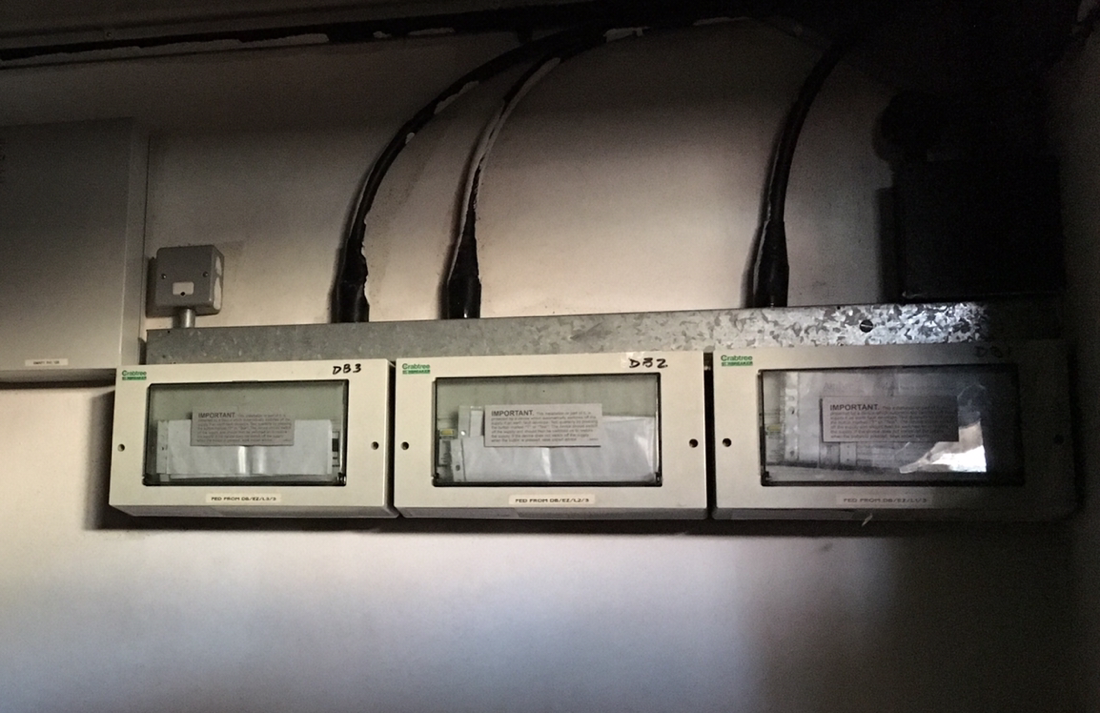 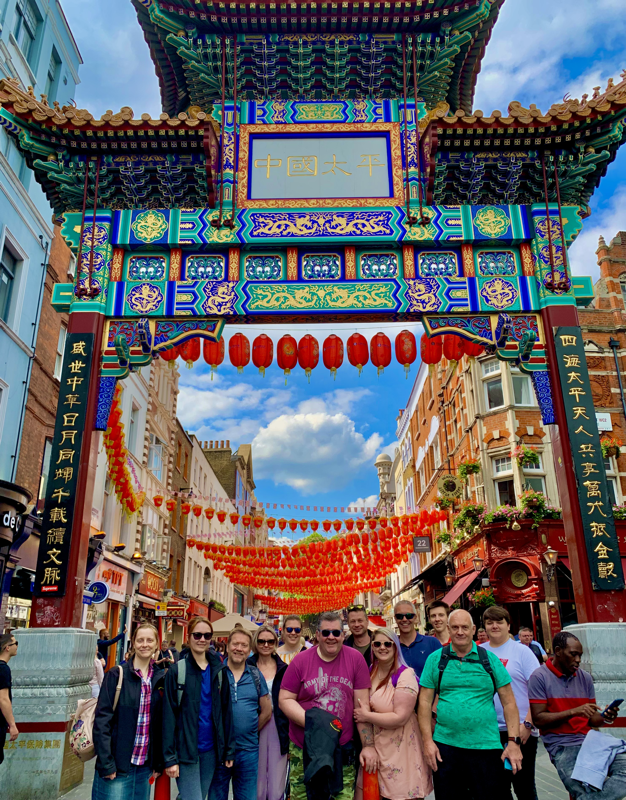 Interior Wall (to be removed) and Central Steel Pillar 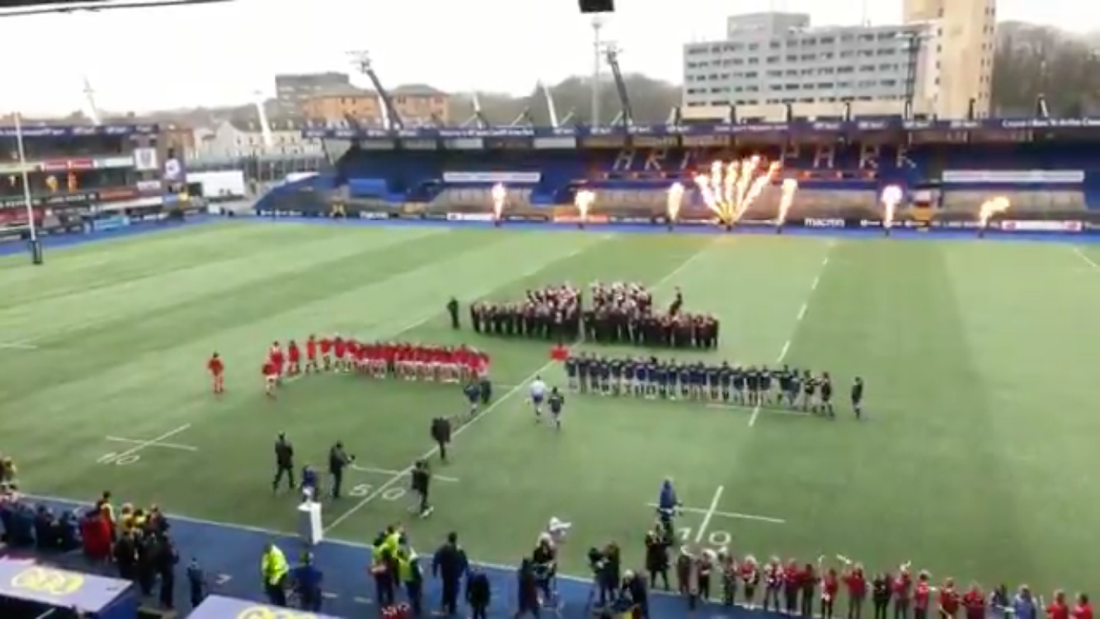 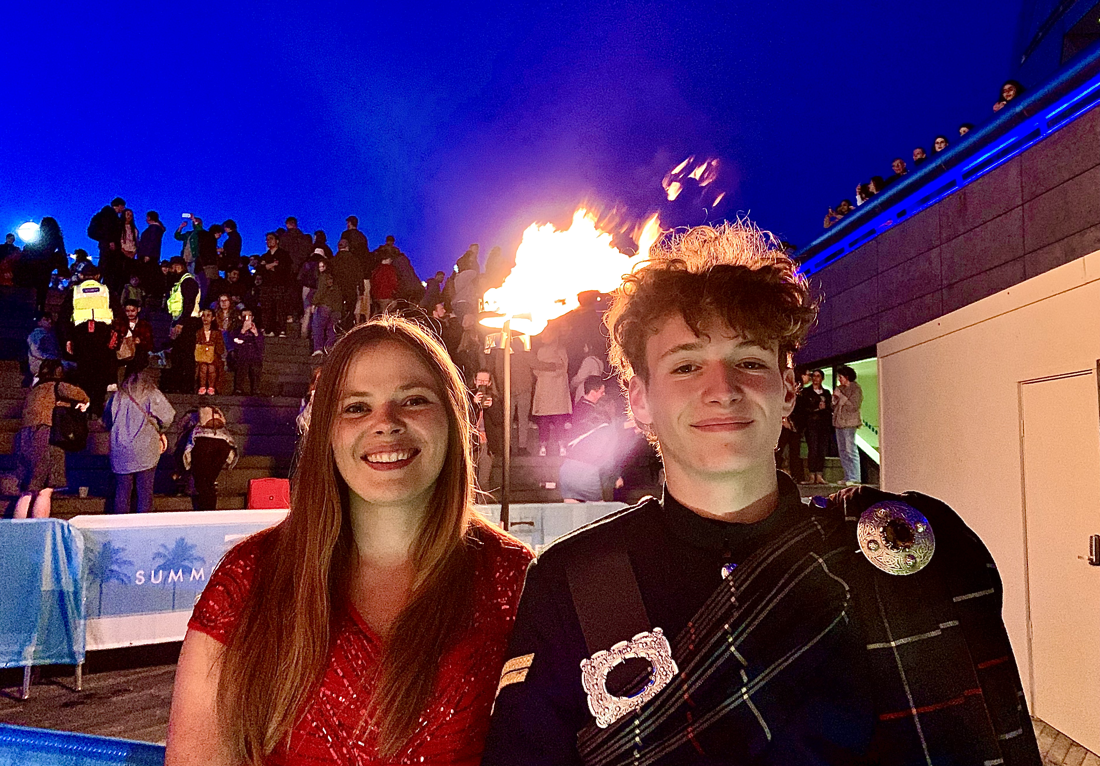 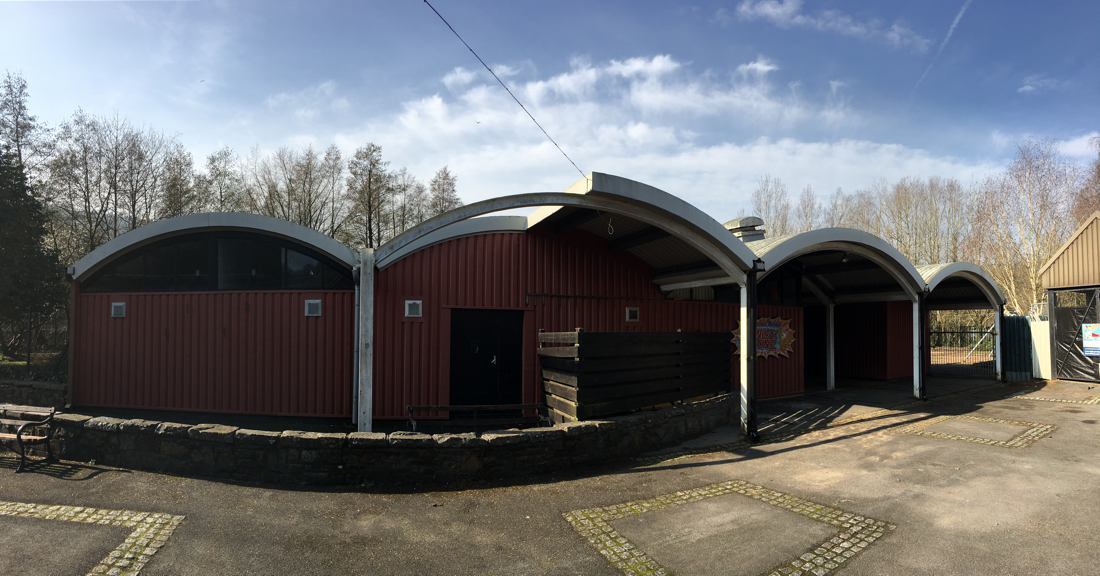 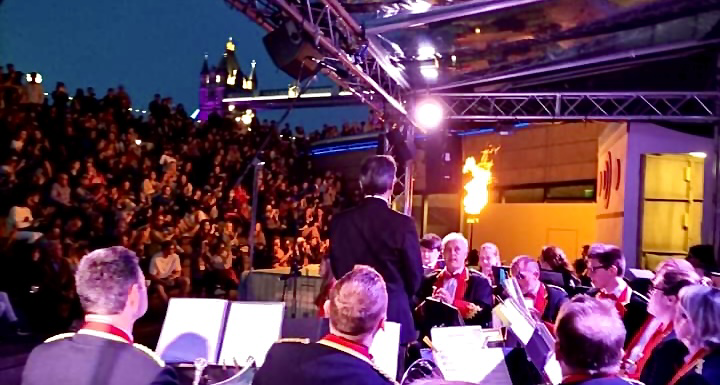 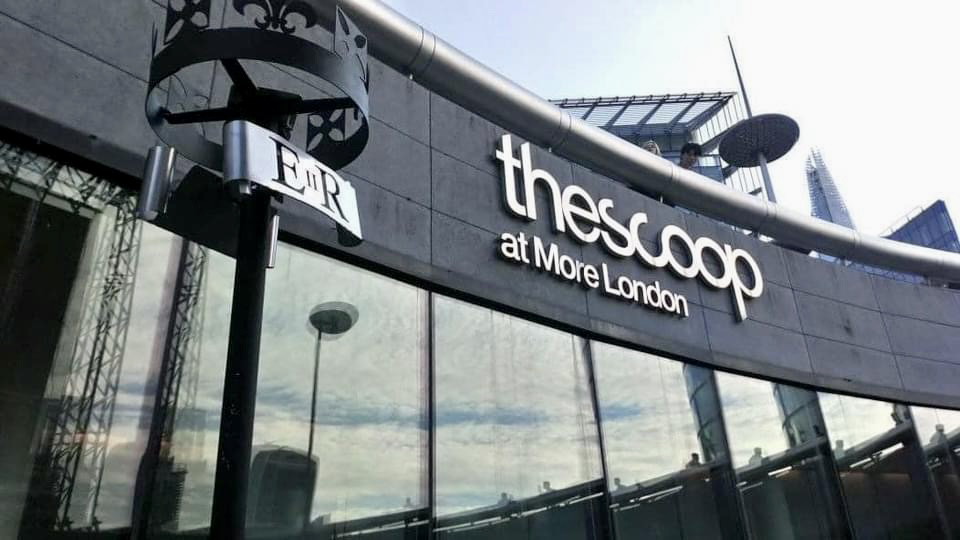 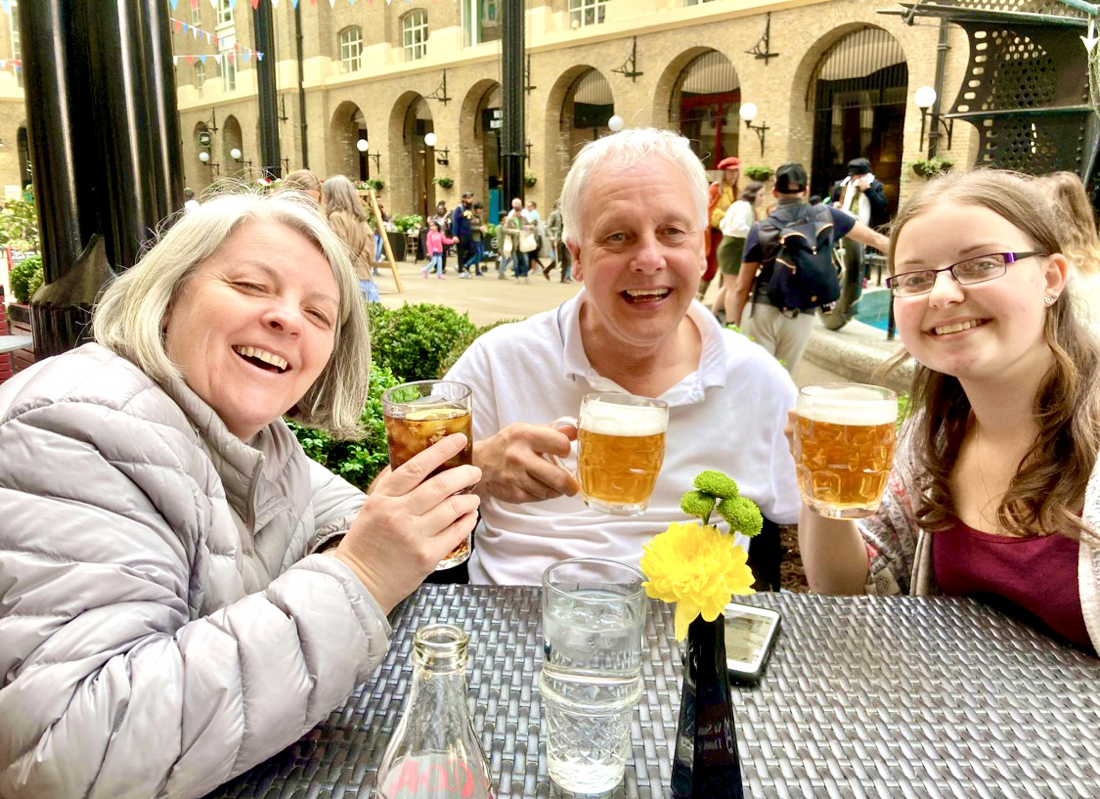 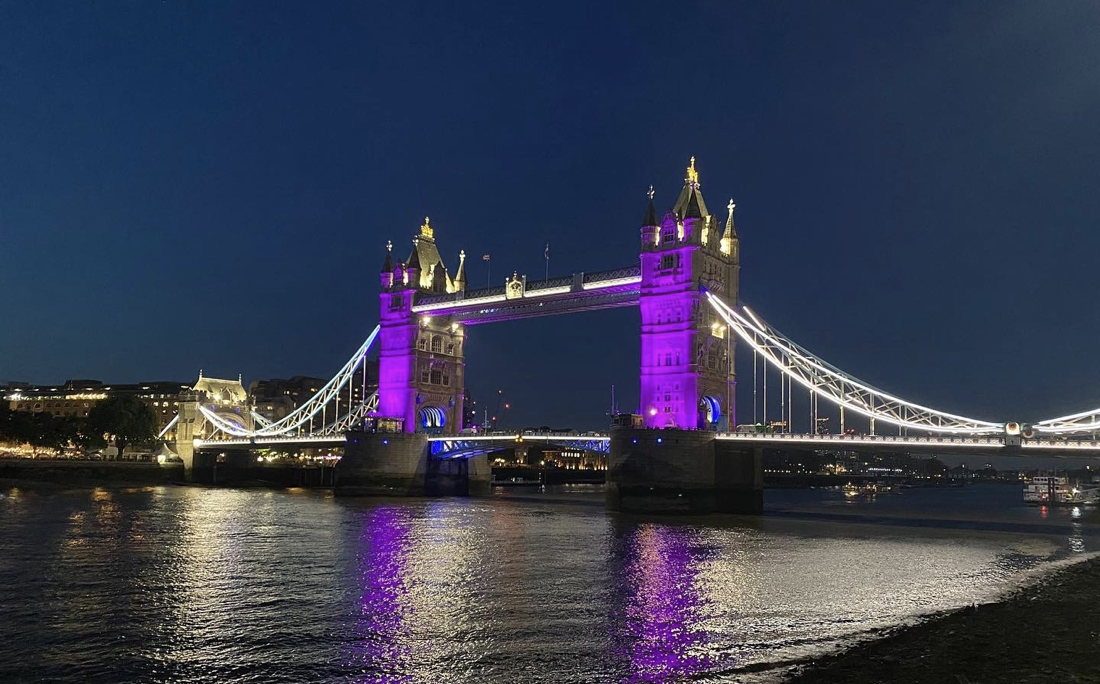