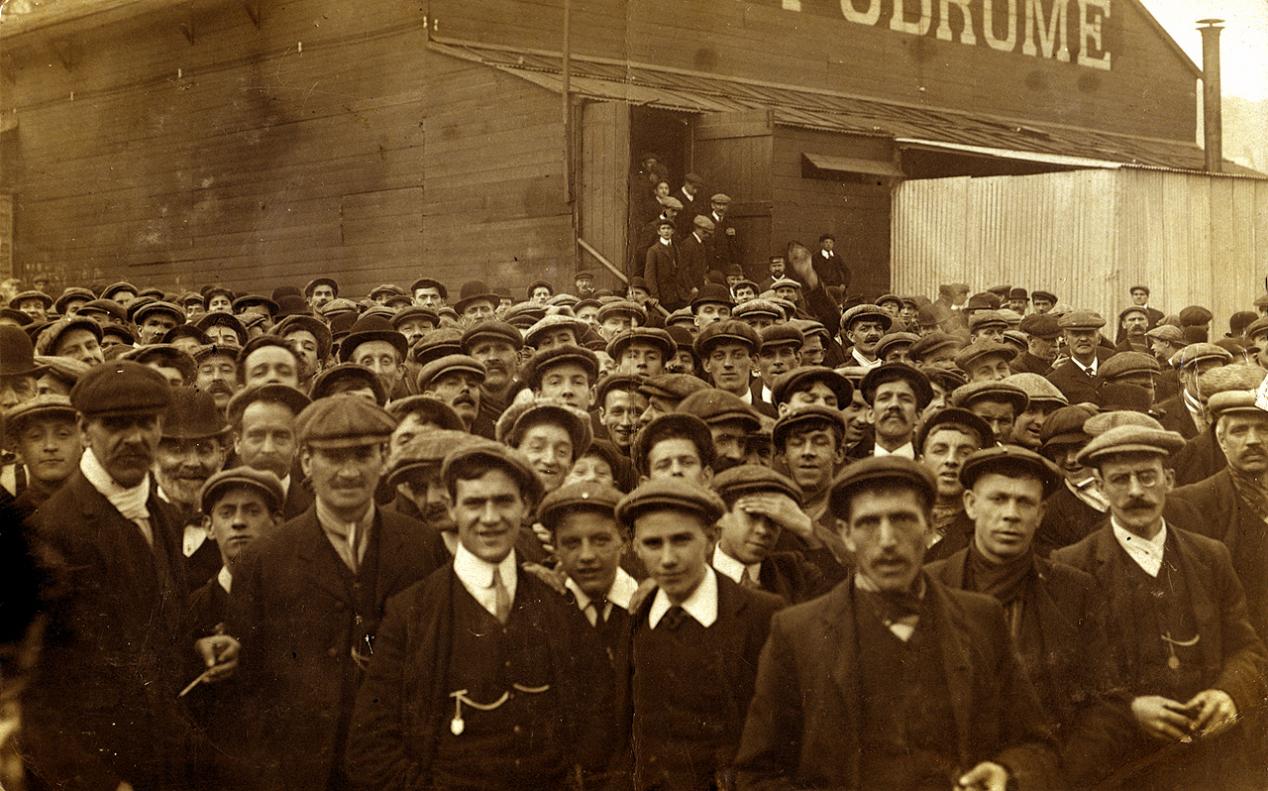 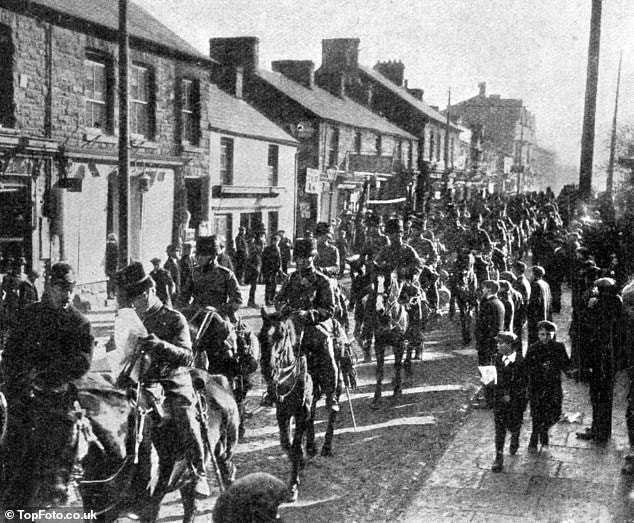 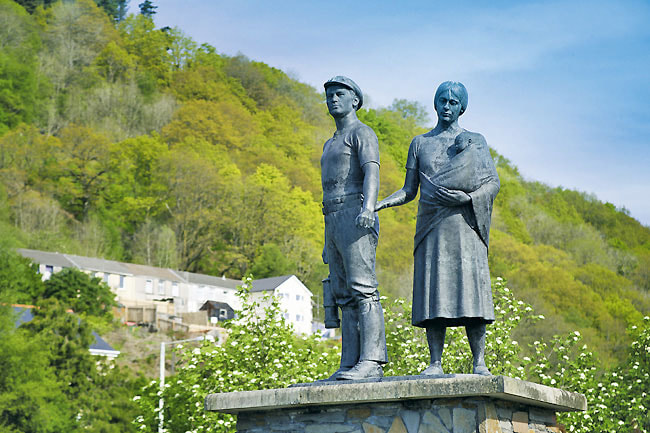 "Fulling Mill Lea" is the exciting new work from composer Chris Marshall. Internationally renowned composer, percussionist and commercial arranger, Chris has crafted a cantata for the Rhondda in commemoration of the 110th anniversary of the 1910 Tonypandy Riots

Scored for brass, percussion and male voices, the work will be premiered at the 2021 Rhondda Arts Festival (RAFT), 110 years to the very day that the miners of Tonypandy returned to the colliery - Saturday September 5th 2021 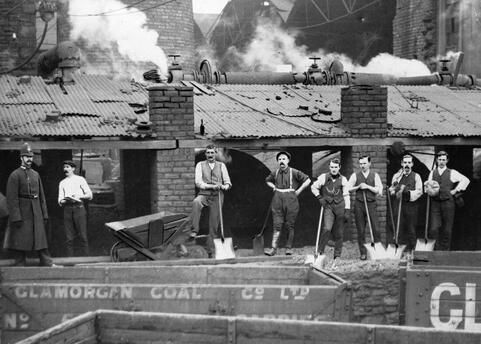 ​"Fulling Mill Lea" is the literal translation of Tonypandy. Commissioned by Rhondda's Lewis Merthyr Band, with the support of the Arts Council of Wales, the work is built around the story of the 1910-11 Tonypandy (Rhondda) Riots

​The industrial strike of 1910-11 was an attempt by miners and their families to improve wages and living conditions in parts of Wales where wages had been kept deliberately low by a cartel of mine owners. The riots were a resultant series of confrontations between striking miners and police which took place at various locations in and around the Rhondda mines of the Cambrian Combine

The term "Tonypandy riot" initially applied to specific events on the evening of Tuesday 8 November 1910, when strikers smashed windows of businesses in Tonypandy. The strikers were impassioned by extended hand-to-hand fighting with the Glamorgan Constabulary, which had been reinforced by the Bristol Constabulary

Home Secretary Winston Churchill's decision to then allow members of the British Army to be sent to the area to reinforce the police shortly after 8 November riot caused much ill feeling in South Wales. The future Prime Minister's responsibility for this remains a strongly disputed topic to this day 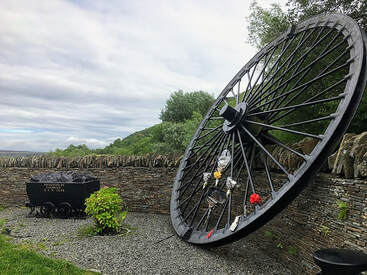 "​Fulling Mill Lea" opens with the sounds of industry. Dramatic drums set the scene, followed by expansive statements depicting the majesty of the Cambrian Cable Tower.

The sounds of the working mine follow (C), which progress well until the Tonypandy miners hit the controversial "difficult shelf" (G). The frustration of the workers is evident (H), and are compounded when the owners' complaints about productivity arise (H). Work slows (K), the miners exhibit solidarity (L), production ceases and the colliery closes (M)

A hard winter follows (N) but the miners remain resolute. News of the strike reaches Churchill (Q) and negotiations are held (R) but talks break down. An aleatoric section follows, where murmured voices are heard (S). Out of the dissent, the riot ensues (S). A martial theme, based on strains of Cwm Rhondda, depicts the determination action of the miners, who move through the town of Tonypandy (U). Churchill digs in and troops are deployed (V). The British Grenadiers theme is heard, juxtaposed against the music of the miners, then a reprise of earlier material represents conflict (X). The miners' promised solidarity however, remains resolute (Y)

The strike continues, but one year on, the reality of another hard winter ahead sinks in (Z). A beautiful, heartwarming theme, subtitled "We Will Always Have Each Other", represents the spirit and continued solidarity of the community (AA) as the reality of the necessity to return to work sets in.

A reprise of the music from the opening illustrates the reopening of the mine (BB). The community theme also returns however and, interrupting the industrial reprise, builds to a majestic, triumphant conclusion. Brief echoes of the Westminster themes are heard, but the spirit of the community theme overcomes them and the pieces closes in grand, triumphant fashion

Brilliantly crafted in a cinematic style, Chris Marshall's composition is a fitting tribute to the events of 1910 and the enduring spirit of Tonypandy and the Rhondda

A digital realisation of the work is featured below. The work will be premiered live in Rhondda, as part of the 2021 Rhondda Arts Festival Treorchy (RAFT) on Saturday, September 5th, 110 years to the day since the community of Tonypandy returned to the colliery, as depicted in the composition's close. For full information, visit www.raft.cymru
Lewis Merthyr Band · Fulling Mill Lea 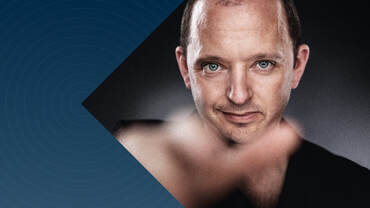 Chris Marshall is a highly accomplished composer, commercial arranger and soloist. He balances his busy performance schedule with a flourishing career as a composer and arranger. His works have been performed by some of the world’s leading orchestras, including the Royal Philharmonic Orchestra, BBC Concert Orchestra, English Chamber Orchestra, London Mozart Players, Ulster Orchestra and Welsh National Opera Orchestra

In 2018 , to mark the 100 year anniversary of the end of the First World War, the Welsh Proms commissioned Chris to write a new work entitled ‘’Homecoming’’, which was premiered at the Last Night of the Welsh Proms by the Royal Philharmonic Orchestra, conducted by Owain Arwel Hughes CBE. A transcription of the work for brass was then prepared by the composer for Lewis Merthyr in 2020

Chris's portfolio of additional compositions includes the music for "Heartstrings" (no 1 download on iTunes) which was recorded for Classic FM / Decca in 2012, and featured on former Royal harpist Claire Jones’ best selling album "The Girl With The Golden Harp". He also composed "Bluestone" for Claire and arranged numerous additional tracks for her chart topping album "Journey"

Chris has also composed a wealth of commercial music for television advertisements, including a track for "Clogau" Gold, screened internationally, and for "Fishermans Friends" in the USA. In 2017, Chris was also commissioned to arrange and conduct a new album with the Portuguese singing sensation, Yolanda Soares, with whom he has also performed at the Tivoli Theatre, Lisbon and Colisseum in Porto

Chris's career highlights as a percussionist include appearances with the BBC Symphony Orchestra, English National Ballet, London Mozart Players, The Royal Shakespeare Company and the BBC National Orchestra of Wales. He has also worked on many productions in London's West End, as well as international touring shows in the UK, Europe and China, including "We Will Rock You", "Wizard of Oz", "Zorro", "Carousel", "West Side Story", "Evita", "Love Beyond", "Big", "Bat Out of Hell" and "Elf the Musical"

Chris has a passion for playing instruments from all around the world, which he has in turn performed on for numerous recording sessions on television and film. Chris also performs as "Deuos" together with his wife Claire Jones, the world renowned former Official Harpist to HRH The Prince of Wales. Deuos have toured extensively throughout the UK and USA, and in April 2019, performed together the premiere of Chris’ "Double Concerto for Harp and Percussion" in Richmond, Virgina.  In 2021, Deuos plans to again tour across the USA, and undertake the UK premiere of the Concerto soon after

Further information on Chris Marshall, his works and current projects are available at www.marshallmusic.co.uk

The 2020 Festival was unable to run, due to the Covid-19 pandemic. With the ongoing restrictions, RAFT 2021 will this year be set back from its usual June / July window to run across the August Bank Holiday weekend and into the first week of September with the premiere of Fulling Mill Lea. For further information, visit www.raft.cymru

BBC Feature on the Tonypandy Riots centenary
https://www.bbc.co.uk/news/uk-wales-11655470
Powered by