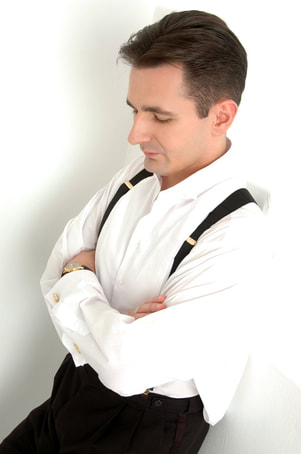 Craig is one of the most well-known and widely respected brass band conductors in Wales. He has worked with and conducted the majority of the top bands in the nation, including the world number one brass band Cory, who Craig guest conducted for the Golden Jubilee procession through London of Her Majesty Queen Elizabeth II in 2002.

Craig studied music at the University of Salford, gaining first his B.A. (Hons) and M.A. Masters degree there, studying with Dr Roy Newsome and Prof David King. Whilst at university, in his final year Craig was awarded the Roy Newsome Conducting Prize as the outstanding undergraduate conductor of the academic year 2000.

Within the UK he has performed in most of the country’s finest concert halls, and abroad has toured to Australia, Belgium, Canada, Estonia, France, Germany, Greece, Italy, the Netherlands, Libya, Russia, Ukraine and the United States of America. Both at home and abroad Craig has worked on a wide variety of large scale and innovative concert projects with numerous leading artists and ensembles, further details of which can be found at his website www.croberts100.com

Within the world of brass, Craig has worked with a number of the world’s leading bands including Black Dyke, Brighouse & Rastrick, Grimethorpe Colliery & more. He has also worked closely with numerous renowned conductors, soloists and composers, from the latter of whom he has commissioned a wealth of major brass and orchestral works. Craig is also a respected adjudicator and in 2019 was a member of the adjudicating panel for the Finals of the National Brass Band Championships of Great Britain.

Formerly Artistic Director of the Welsh Brass Arts Festival and Wales Development Manager to Making Music, the national support body for UK voluntary music, Craig is now Director of the Rhondda Arts Festival (RAFT) and a leading freelance arts management consultant, working with numerous leading artists and organisations. In addition to all of the above Craig also still supplies brass tuition to numerous schools and young musicians in Rhondda Cynon Taf.

Craig began his brass band contesting career as a member of the Lewis-Merthyr Band and is delighted to now return to the band as Musical Director.