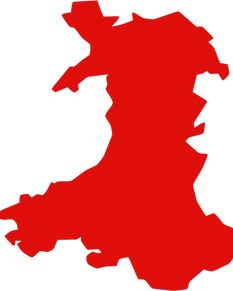 "The Brass Partnership" is a proposed artistic collaboration between four of Wales leading brass bands and their artistic directors, aimed at addressing a number of global key issues with contemporary brass bands in Wales, namely:

​Each of these issues are examined in detail below, together with an outline of the project partners

Based in the town of Beaumaris on the island of Anglesey, Seindorf Beaumaris have always been a Band rooted in the community and are proud to be music ambassadors for the town, the island and for North Wales

The band was formed in 1921 but unlike several other neighbouring bands, there wasn't a great tradition of competing at a national level. The band's main function was  to entertain the many tourists visiting the town’s famous castle, gaol and pier as well as playing at the town’s many civic functions

Founded in or before 1855, Lewis-Merthyr Band is the oldest brass band in South Wales' Rhondda Valleys. Originally known as the Cymmer Military and Cymmer (Porth) Colliery Band, Lewis Merthyr adopted its present title in 1949.

The band has been highly successful in competition throughout its history, becoming Champion Band of Wales, Welsh League Champions, Miner's Welfare Entertainments (CISWO) Champions and more.

​Lewis Merthyr has represented Wales in the Championship section on eight occasions at the Royal Albert Hall, London, and at the European Championships in Copenhagen, Denmark. The band has also won the Second and Third Section UK titles at the National Championships of Great Britain, in consecutive years. Lewis Merthyr is currently ranked in the First Section and were the 2015 Runner-Up WWBBA Champions; 2016 Runner-Up SEWBBA Champions & overall Runner-Up Welsh League Champions in both 2015 & 2016. 2017 was a particularly successful year for the band and saw Lewis Merthyr become the WWBBA and - for the first time in 21 years - overall Welsh League First Section Champions.

The band has been equally successful on the concert stage, performing at a wide variety of locations across Wales and beyond, including the Royal Albert Hall, London; Llangollen Pavilion; St David's Hall, Cardiff & the Brangwyn Hall, Swansea. Lewis Merthyr has also performed for Royalty on a number of occasions, parading through the streets for the visit of His Majesty King George V and Queen Mary to Rhondda in 1912, and for the Prince of Wales, later King Edward VIII, in 1932. Throughout its history, the band has performed with numerous leading artists, including "Signor Foli" (Allan James Foley) in the late 1800's, and with Sir Geraint Evans, Glyn Houston and Sir Bryn Terfel. In recent years, the band has also recently featured in a series of concerts under the baton of the renowned Welsh orchestral conductor Dr. Owain Arwel Hughes CBE. Those performances include a St David's Day Gala Concert at the Brangwyn Hall, Swansea; a performance in the Speech Room at Harrow School, London; and two performances at Wales' national classical music festival, the Welsh Proms, in July 2018 & 2019 at the national concert hall of Wales, St David's Hall, Cardiff.

Lewis Merthyr has featured in a wide range of radio & television broadcasts, dating back to a recently rediscovered BBC Radio broadcast from 1927, and Pathé newsreel footage of the band marching before King Edward VIII in 1932. More recently, the band was featured in the 2016 BBC television programme "The Taff: The River That Made Wales" which has been repeatedly screened on BBC Two, BBC Four and BBC Wales. In Autumn 2017, Lewis Merthyr recorded a special television feature with the renowned international baritone soloist Sir Bryn Terfel, which was screened nationwide on Christmas Day 2017, Christmas Eve 2018 and for the opening night of the 2018 National Eisteddfod of Wales. The band featured again on nationwide television, performing live in the National Eisteddfod, on stage at the Donald Gordon Theatre in the iconic Wales Millennium Centre the following day.

Lewis Merthyr Band has featured in a wide range of major events, performing on numerous occasions at the Principality Stadium, playing to 52 981 people plus international television audience for the Wales vs Italy warm up match for the 2015 Rugby World Cup; to record Pro14 crowds of 68,262 and 62,338 for Judgement Day 2016 & 2018; and for the Opening Ceremony of the 2016 World Golden Oldies International Rugby Festival, which featured 120 participating teams representing 25 different nations from across the globe.

Lewis Merthyr featured in National Theatre Wales' 2016 “City of the Unexpected” Roald Dahl 100 celebrations, performing across Cardiff city centre to tens of thousands of people, and which was again the focus of national television broadcasts. In April 2018, the band also supported the 11.2 metre "Man Engine" events at Cyfartha Castle and Ynysangharad Park, Pontypridd. In June 2018 the band's symphonic brass ensemble performed for the launch of the Music Education report for Wales at the Royal Welsh College of Music & Drama, additional contributors to which included Sir Karl Jenkins, Nicola Benedetti CBE, cellist Sheku Kanneh-Mason and former Royal harpist Claire Jones. In October 2019, the band then travelled to Belgium to perform alongside groups from Belgium, France, Germany, Italy, the Netherlands and South Korea at the Internationale Taptoe Belgie, held at the 5000 seat capacity Versluys Dome, Ostend.

Lewis Merthyr Band has a long history of performing and broadcasting new works, and has held a close association with numerous prominent composers, notably Mervyn Burtch and John Golland. The band also gave the premiere broadcasts of Dr. Peter Graham's "Dimensions" and Goff Richards' "Oceans" on BBC Radio in the 1980s, and in 2018 the band gave the premiere performances of Helen Woods' "Man Engine Anthem" and Dr. Christopher Wood's "Aberfan", also undertaking the premiere recording of the latter on the band's most recent commercial recording "Brass & Voices of Wales" with the massed choirs of Bridgend & Pendyrus, conducted by Owain Arwel Hughes. Through the latter half of 2020, with the support of the Arts Council of Wales, the band will now explore the project "New Directions", a partnership with a selection of leading composers and performers from across Wales and wider.

Lewis-Merthyr remain thoroughly committed to supporting our local community in Rhondda Cynon Taf, through the presentation of concert performances across the county borough and wider, supporting local events & functions, and providing tuition for local young brass & percussion musicians through our Youth Band programme. The band looks forward to continuing to represent Rhondda Cynon Taf and Wales at the highest level throughout all our performances across the nation and beyond.

Founded in 1912, Llwydcoed Band has become one of the most successful brass bands in Wales. Based in Rhondda Cynon Taf, South Wales, the band is now ranked among the top 35 brass bands in the world and the top 3 in Wales

For the first time in its history, the band has also qualified to represent Wales at the prestigious National Brass Band Championships of Great Britain, to be held at the Royal Albert Hall, London in October 2021

In addition to its success on the contest stage, Llwydcoed Band is now developing its artistic output and has recently undertaken a series of projects with virtuoso percussionist Dame Evelyn Glennie, international euphonium soloist David Childs, and additional leading instrumentalists

Llwydcoed Band remain indebted to our members and supporters through the current challenging period of the covid-19 pandemic. We look forward to returning to rehearsing and performing live as soon as we are safely able to do so. In the meantime we will continue to meet and to rehearse online weekly, and hope that our social media output during this time continues to keep our members motivated, and our friends and supporters entertained

Further updates on the band's forthcoming activities is available at llwydcoedbanddevelopment.weebly.com

Menai Bridge Band was established sometime during the 1890’s with its earliest recorded performance taking place on 22nd June 1897 on the pier. During the early years the members were asked to sign a membership agreement in which they agreed to abide by the rules of the Band. The first member to sign was a Mr C Roberts of Chapel Street, who signed on 24th July 1899.

The first contest that the Band are known to have competed in was at Llanfairfechan on 28th December 1901. Their second contest was a few days later on New Year’s Eve 1901 in Colwyn Bay. For these two contests different pieces of music were used as test pieces, one of which was a Gilbert & Sullivan piece.

During the summer months the Band would have performed for the public on the bandstand by the pier. They would play every other Saturday, with Menai Bridge Orchestra playing the other weeks. This continued every summer from 1905 until during the Second World War, when both ensembles lost many members.

In 1903, the first conductor of the Band, Captain George Senogles, bought an old chapel on Mount Street in order to give the Band a permanent home. The bandroom, as it is now known, is still home to the Band and has been refurbished with the help of lottery funding.

Menai Bridge Band is always busy, with a full calendar of engagements and the occasional brass band contest. It prides itself on its friendly and welcoming atmosphere and is very proud of its connections with the town from which it takes its name